An important mechanism for maximizing your own impact is getting feedback from your peers. Many heads are better than one, but soliciting feedback can be a drain on everyone’s time if not done effectively.

The key tenants for effective feedback are:

Given the choice, request feedback as early as possible. Given two approaches, choose the one that enables feedback sooner.

The reason for feedback is to correct course. The earlier you request feedback, the less time you will spend veering off course meaning your time is used more effectively overall.

Let’s look at the alternative: asking for feedback once, towards the end of a task. In a perfect world, that would be the most effective time approach because you’ll definitely have done exactly what was expected…

However, most of us work in the real world where knowledge isn’t perfect and the act of delivery brings new context and can inform what it is that we’re aiming for. Therefore multiple check ins allows for further discovery and alignment on what’s necessary.

Take the diagram below as an example, with the area between each line and the “perfect” path being representative of time spent on misaligned effort.

The blue line (above) with multiple points of feedback, is necessarily pulled back towards the perfect path at each point of feedback. The orange line (below) takes the “big bang” feedback approach and spends more time veering off-track, and more time to get back on target. 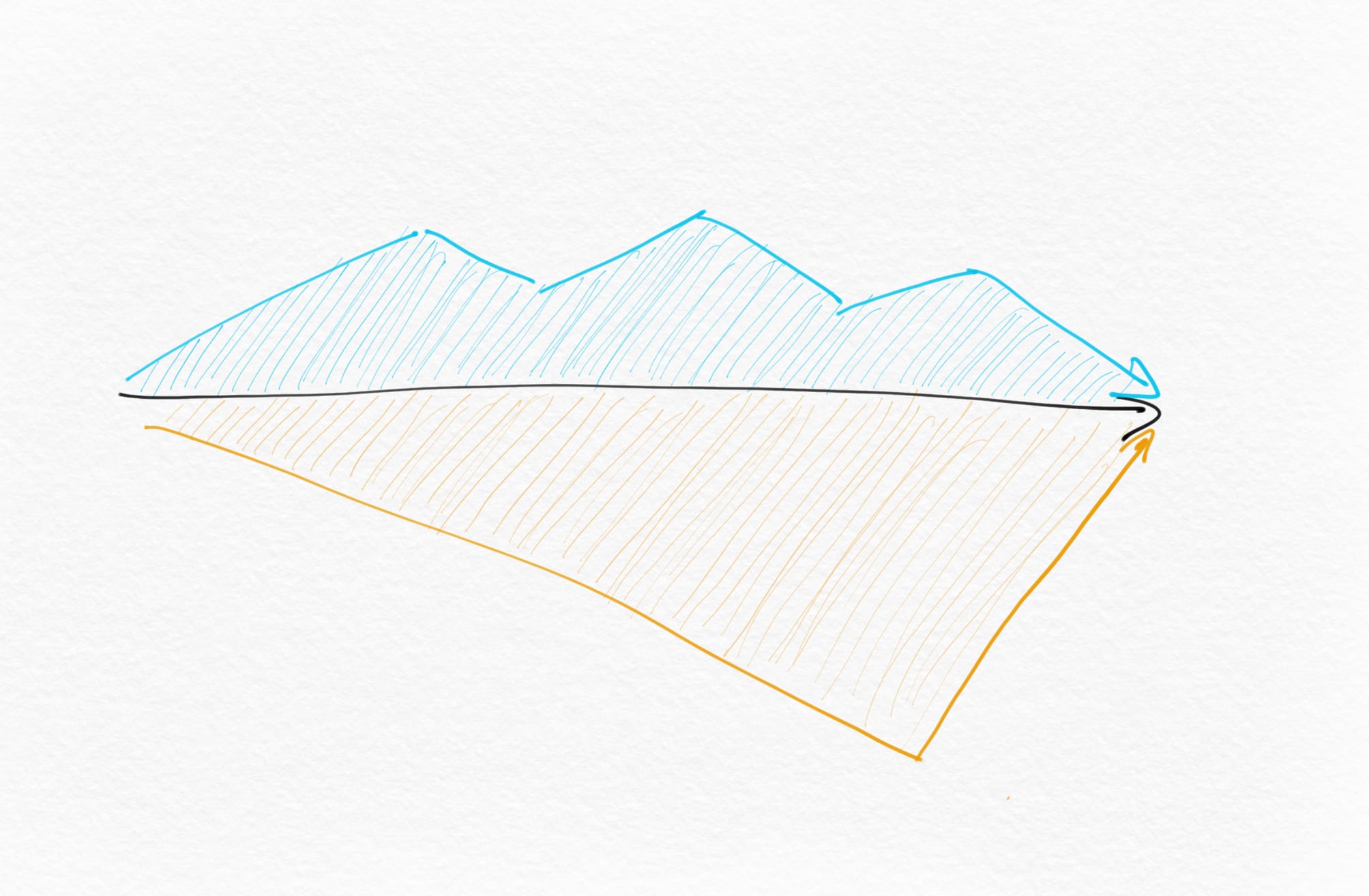 An analogy might be writing something and sharing bullet points, the first few paragraphs, an initial draft, and a final version.

There might be minor edits at each stage, but significant changes in course at each step are effectively minor edits.

If you take the approach of getting feedback at the final version, worst-case scenario is that you may require a complete rewrite.

If you’re not specific, you risk getting involved in a lot of bikeshedding, which isn’t a productive use of time for either party.

To carry on the analogy, don’t ask a broad question such as:

This is highly likely to get response like “it needs more cowbell”, and “can it pop a bit more?”

These will garner stronger opinions – which you’re free to ignore of course – and be much more actionable. Either way that means they’ll either help direct you toward a better path, or give you more conviction that the one you’re already on is correct.