If you were to take a complete guess at the country with the most amount of people per capita starting new businesses, what would you say? The US? China?

Surprisingly, it’s Uganda according to Coupofy’s new infographic, 27 Striking Facts About Startups. Even more surprising is that the United States isn’t even in the top 10.

But what makes the East African nation more startup friendly than the US, a country that brings us multi-billion dollar, globally recognised startups like Uber, Airbnb and Snapchat? A place where the mega-corporation was born, where consumerism was taken to new heights? 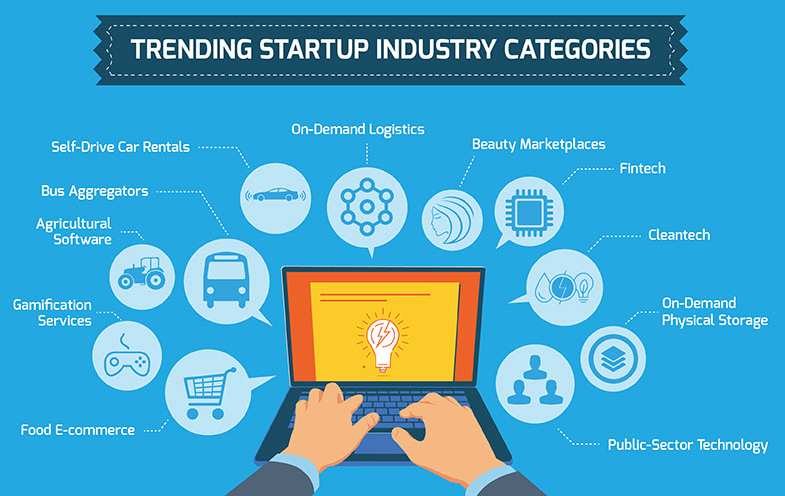 Ironically it’s corporate America’s success that’s preventing more people from entering the marketplace. Back in the 1940s, for example, there was still a predominance of small local businesses, the so-called “mom and pop” stores, restaurants and services. These were owned by individuals and families who would have one or two locations in their area. Extrapolate this across all the towns and cities in the country and you get a large number of people owning a large number of businesses.

Over time some savvy business owners began to replicate their success in multiple states, introducing brand identity and slowly but surely consolidating the market. We no longer have a local burger joint, we have McDonalds. The dry goods store owned by the Johnson family is now Walmart. We now have a small number of mega-corporations owned by a small number of people, covering most of the country.

Uganda is a fledgling economy without the infrastructure of corporate America. It is still at the “mom and pop” stage, where each town has a street market selling food and goods, and restaurants and services are owned locally. It is much easier to start a business in this type of economy. 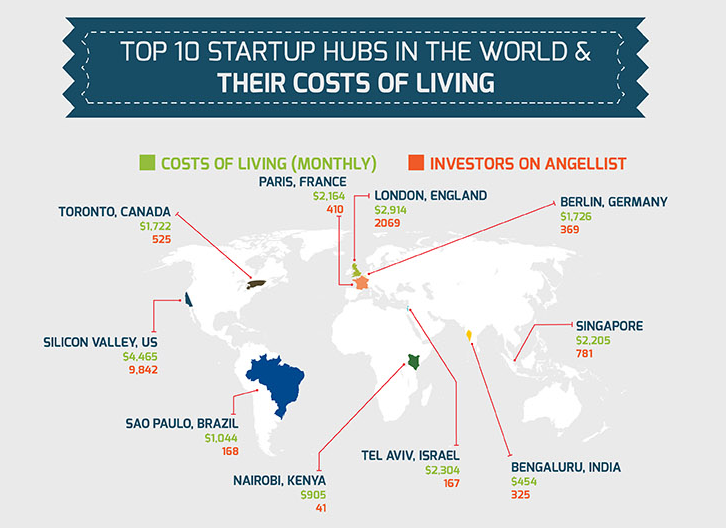 Where the US does dominate is innovation. It would be hard to start a new fast food burger chain because that battle has already been fought and the market carved up by the likes of McDonalds and Burger King. Instead, something different or more efficient has to be created. There is no clearer example of this than Uber. Utilizing app technology and elements of the sharing economy it has completely disrupted the traditional taxi industry to create a much more efficient service that customers are flocking towards.

With Uber in the top spot, US companies account for 7 of the top 10 most valuable venture-backed private companies. The others are Airbnb, Palantir, Snapchat, SpaceX, Pinterest, and Dropbox. What do they all have in common? Innovation and their position at the forefront of technology. According to the infographic, some of the best startup hubs in the world include Silicon Valley in California, London, England; Toronto, Canada; Berlin, Germany; Paris, France; Sao Paulo, Brazil and Tel Aviv, Israel. 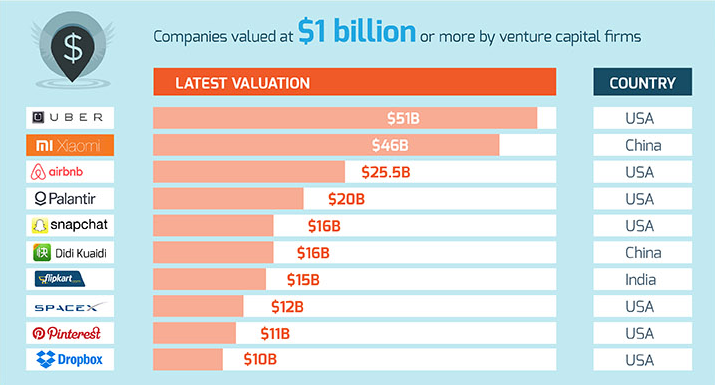 Many governments are recognizing the importance of startups to their economies and have launched programs to help them flourish. Israel has made available $450 million for seeding projects and research, while the UK offers income tax relief on investments in startups of up to £100,000. Many countries now also have “entrepreneur visas” to entice foreigners to bring their startups to their economies.

For more interesting facts about the startup world be sure to check out the full infographic from Coupofy!

This guest post is by Zuzana Padychova of Coupofy. Thanks Zuzana! If you’d like to write a guest article, please email your post title and a brief outline to marketing@cronofy.com.