From Kanban to the Pomodoro Technique, there are so many productivity techniques for developers out there it’s hard to keep track of them all.

We’ve tried many of them over the years, so we thought it was time to find out a little bit more about them. Where did they originate? What are they best for – deep work, prioritizing your tasks, or something else?

Kanban is based on the Lean Manufacturing Method, which was created by Taiichi Ohno to improve efficiencies in Toyota factories. It’s since become one of the most popular and well-known productivity techniques for software development.

A Kanban board allows you to track the progress of tasks over time. You can mark them as ideas, in production, shipped, etc.

Trello, one of the most well-known productivity tools out there, is an example of the Kanban method.

Best for: tracking progress and teamwork

The Eisenhower Box was created by President Eisenhower in the 1950s. He was seen as one of the most productive men on the planet, and many suggest his success was down to his system for prioritizing tasks. 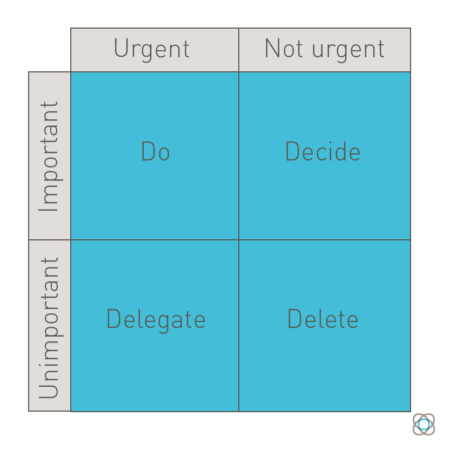 The Pomodoro Technique is probably one of the most well-known on the list. It was developed by Francesco Cirillo in the late 1980s. It was named after a Pomodoro (Italian for tomato) kitchen timer.

If you want to give the Pomodoro Technique a go, you first need to decide which task you want to focus on. Once you’ve decided, set a timer for 25 minutes (the one on your phone will do if you don’t have one that looks like a tomato). For those 25 minutes, you work on nothing but your chosen task. When those 25 minutes are up, you take a short, five minute break. This is called a pomodoro.

After four pomodoros, you take a 30-minute break.

Once your 30-minute break is up, you start the cycle again.

You don’t always need a complicated technique to be productive. Sometimes it can be as simple as a diary. Using your diary (or the calendar on your computer), you can plan out what task you do and when. Block out time for as much as you can. When you only have a short amount of time to work on a task, it forces you to focus. If you don’t, you risk falling behind. It also helps you to form a system, which can be useful for planning long-term projects and shipping new features.

Ever eaten a frog? No, me neither. But the logic is that if your start your day by doing the worst, hardest tasks – like eating a frog – then the rest of the day will be easier and more fun. You’ll also be more productive because you won’t be dreading eating that frog later on.

Moscow is an acronym that stands for: Must have, Should Have, Could have, Won’t have (this time).

Must have tasks must be completed for a project to be a success. Should have are important, but they’re not crucial to a project’s success. Could have items are the nice-to-haves that help with things like user experience, but aren’t necessary for a product to function. Anything that falls under won’t have are less important, have a lower ROI, or don’t fit with the other requirements.

The Boston Matrix was created to help marketing managers to manage their priorities. There’s no reason it can’t be used for software development too, though. 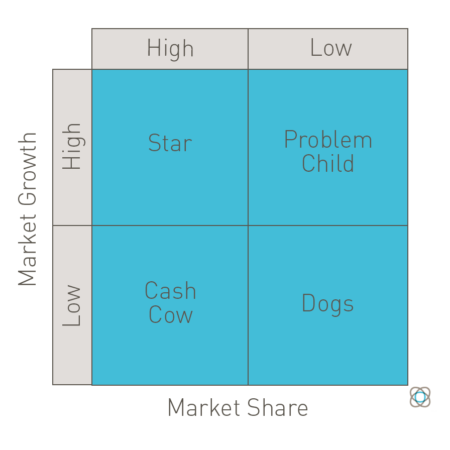 The Boston Matrix is another productivity technique that divides projects into four types. Dogs are projects with a low share of market growth that don’t generate much money. Cash cows have a high share of a market with a low growth rate. They generate more money than what’s invested in them. Problem children are products that cause more problems than they’re worth. They take up a lot of time and resources for little reward. Stars are products that generate money and have a high share of the market.

An impact effort matrix helps you to work out what the maximum wins will be. 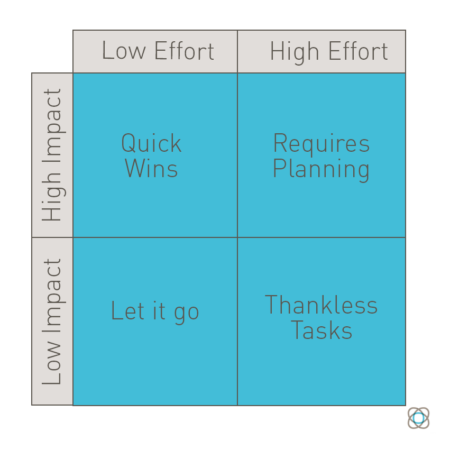 Top left is for quick wins or low-hanging fruit. Anything in the top right will still have a high impact, but requires more planning to be successful.

Tasks on the bottom right are thankless and probably won’t pay off, but if you think about them some more there may be a way to make them work.

Finally, tasks in the bottom left aren’t worth it and you should let them go.

Flowtime is one of the easiest productivity techniques on the list. The idea is that you give yourself anywhere between ten minutes and ninety minutes to complete a task. If you feel like you can continue, you do. If you need a break, you stop and get a cup of tea. How much or how little time you spend on a task is completely within your control, making this one of the most flexible options on our list.

Whether you want to prioritize your tasks, focus more, or decide which project to work on next, hopefully there’s something in this list that can help.

Think there’s another great productivity technique for developers that we’ve missed off the list? Let us know on Twitter.